Kawaii dake ja Nai Shikimori-san is a new anime in the genre of daily life and romance. The project is based on a manga released in 2019. The plot tells about the uneasy relationship between the hapless boy Izumi and the school beauty Shikimori. The literary source is widely read and its adaptation has been awaited for a long time. The release date of the anime Kawaii dake ja Nai Shikimori-san was April 10, 2022, the first season has 12 episodes, and the next 7th will be shown on May 21, 2022.

The plot in the new anime is about a guy named Izumi, a high school student. It’s impossible to find a more unlucky person than him. Guy constantly gets into trouble, which is often accompanied by injuries of varying severity. The hero does not get along with his classmates and students at school, as they are afraid to be around him, and good marks on his studies also do not work out. He has never even dreamt of having a girlfriend, but to his happiness and surprise, it happens. A girl falls in love with Izumi, and it is the most beautiful and intelligent student at Shikimori School. What caused the interest of the heroine, viewers can learn from the anime, whose release date has been set for April 10, 2022. 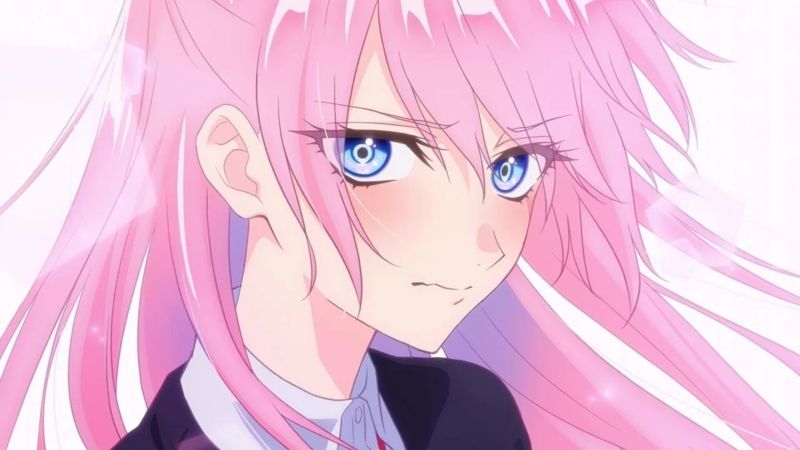 In contrast to Izumi, Shikimori is a model of luck and success. The girl is doing well in school, has many friends and admirers, and all troubles bypass her. Why such a man could attract Izumi is impossible to understand, but the girl promises that she will not leave him and will keep him out of any trouble. At times the heroine does this so coolly that the boy involuntarily thinks that she is a true angel sent down from heaven. The young man fears that one day he will bore Sikimora and be left alone. The hero decides to eradicate all flaws in order to become the perfect boyfriend for his beloved. The release date of the anime Kawaii dake ja Nai Shikimori-san was on April 10, 2022.

A new animated project – not a typical story about schoolboys in love, but partly a reflection on the fact that the desire to be useful and necessary to someone sometimes leads to the fact that people reshape their own essence. Often this carries a negative connotation, but in Izumi’s case, it teaches him to be a man, not to fear danger, and to protect his beloved himself, rather than rely on her talents. The project has been warmly received by critics and viewers, and there is a possibility that it will be renewed, but if it happens, it will be at the end of the first season, whose release date was April 10, 2022.