Films about our smaller brothers have always been a success with the audience. Particularly interesting are such pictures with a humorous bias. Animals in the role of the main characters, getting into funny situations, invariably cause tenderness with their comical behavior. We bring to your attention a selection of the best animal films of 2018 in the comedy genre.

The main characters of the New Year’s American comedy are four funny puppies. These charming bumpkins firmly believe in Santa Claus, they dream of meeting him and talking about the hardships of their dog life. To this end, on Christmas Eve, they secretly sneak into a magical sleigh and ride to the North Pole.

There, four-legged travel lovers find out that the real Santa was replaced by an impostor, and the holiday beloved by every child was turned into a factory for “pumping” money out of people. The puppies decide to figure it out and help the real Santa Claus return to his rightful post. 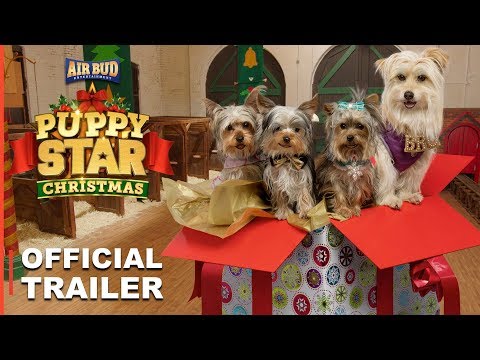 The 2018 film is about a girl named Amanda who is desperate for animals. She is ready to shelter any little animal and live with her under the same roof. Amanda especially loves dogs. But there is a significant obstacle – her dad, who does not allow living creatures to be kept in the house.

One day, the heroine and her friend Maggie find a fox. They call him Max and decide to keep him a secret from adults. However, sooner or later, Amanda will have to tell her father about her pet, and it is impossible to predict his reaction. 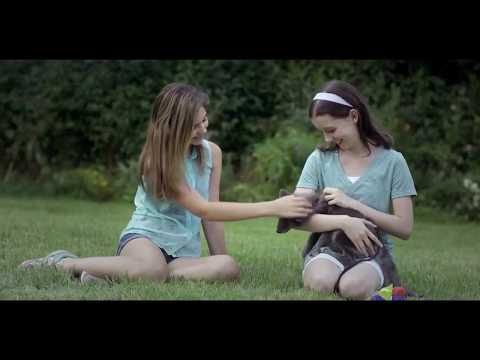 This 2018 comedy about dogs is set in Los Angeles. The plot includes several stories of local residents related to their four-legged pets. The heroes of the film live in the rhythm of a metropolitan city. They are always in a hurry somewhere and always trying to solve a pile of problems hanging over them.

What unites them is their love for dogs. Pranksters often play pranks and cause trouble, but all this is trifles. Thanks to their beloved four-legged friends, some characters in the picture manage to find family happiness, others find a life partner. 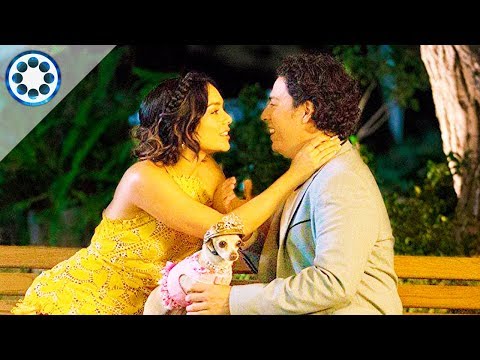 This comedy was also released in 2018. The film tells about the girl Sarah. The heroine is chronically unlucky: there is a misunderstanding with her parents, her beloved boyfriend left, and there are also problems with work. The unexpectedly deceased aunt “made happy” the heroine with an inheritance in the form of a capricious naughty pug named Patrick.

So another trouble fell on Sarah’s head – a spoiled dog who loves to do dirty tricks. However, it soon turns out that Patrick is not only a walking problem for the girl, but also a source of new interesting acquaintances.

The hero of this 2018 comedy is a dog named Murphy. As a small puppy, he ended up in a secret scientific laboratory. There, experiments were performed on him, as a result of which the dog developed telepathic abilities. One of the scientists turned out to be compassionate and saved the unfortunate puppy, releasing him to freedom.

Soon Murphy meets a group of children who are studying the paranormal. A telepathic dog turns out to be very useful for teenagers, and a cheerful company is in a hurry to meet new adventures. 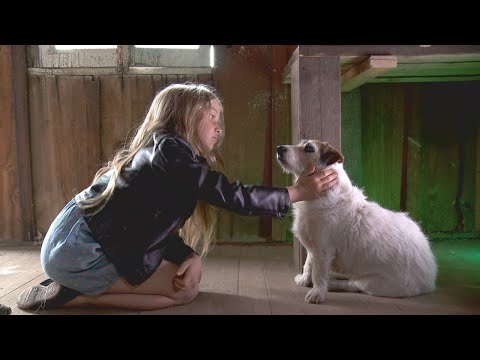 Our list of the best dog movies continues with a 2018 comedy that tells the story of the twists and turns of the cooperation of two cops. Frank is an experienced detective, and his unusual partner is a smart talking dog named Max. They have to expose criminals who kidnap rare animals at exhibitions for the purpose of resale.

Frank develops an ingenious plan in which Max is assigned the main role – to become a bait for thieves. At first, everything went like clockwork, until the four-legged cop was kidnapped. Now Frank will not only prevent the crime, but also find a partner. 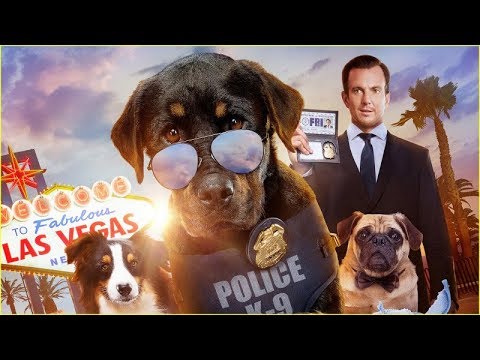 A comedy about a kind dolphin and the children who make friends with him. The plot of this film about animals begins with the fact that the restless Kevin and Holly, brother and sister, because of their own curiosity, are embroiled in an unpleasant story. They witness a mysterious meeting on the beach between the mayor of their resort town and a business developer.

Suspecting something was wrong, the guys decide to eavesdrop on the negotiations, but they are discovered. The heroes try to escape in an inflatable boat, but it overturns. Holly begins to sink, and Bernie the dolphin is nearby, who saves her. From this moment, the joint adventures of children and a sea animal begin. 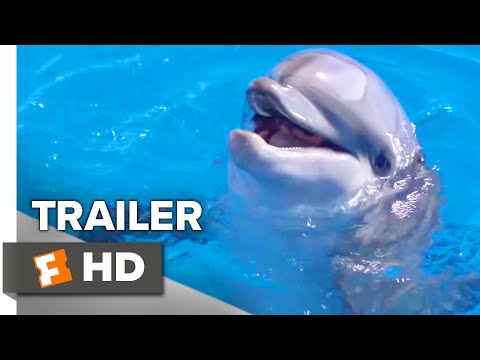 Another great dog comedy released in 2018 is about an entertaining show with these cute four-legged animals. The competition takes place in different cities around the world. Its participants are dogs with musical abilities. The jury consists of selected dogs. The final stage of the competition should be held in New York.

The former participant of the show dog Bark spent time in prison for animals and wants to return to the stage. His accomplices take the members of the jury hostage. Thus, Bark plans to secure victory in the final of the competition. 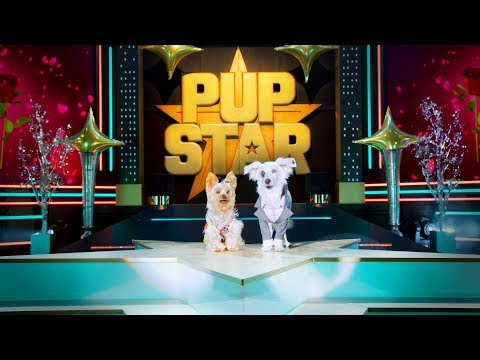 The main character of this comedy about animals is a girl named Lillian. She is rightfully proud of her luxurious red hair, but is embarrassed to talk about her unique ability to talk to animals. Any attempts to tell others about this end in ridicule and advice to go to the doctor.

One day, Miss Doolittle and her family moved to another city, where she made friends with adequate guys and fearlessly told them about her gift. It soon becomes clear that a baby elephant has been stolen from the local zoo. The heroine gladly takes up the investigation using her telepathic abilities. 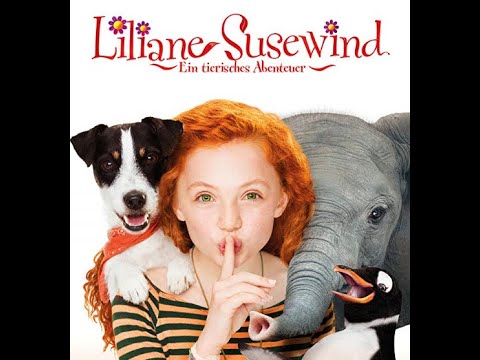 Rounding out our list of animal comedies is a great 2018 film about a guy named Tommy Schooner and his dog. Tom lives in a family where everything is related to skateboarding in one way or another. His parents own the Modern Skate company, and his sister is the face of this company. Even the dog Buddy knows how and loves to ride a skateboard.

The only family member with no interest in the family business is Tommy. Once a guy clashed on the street with a professional skater and was challenged by him to a battle. The duel will take place in five days. During this time, the dog Buddy must teach Tom how to master the board. 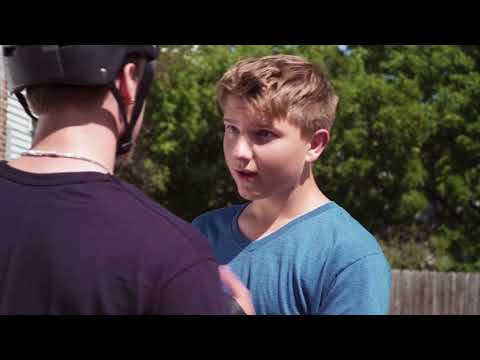 Cowboy Bebop season 2 – when is the release date?

And Just Like That season 2 – when is release date?

Hightown season 3 – when is the release date?