In 2019, it was reported that AMC Television has approved the development of a legal drama called 61st Street. The directors of the novelty are Peter Moffat and Michael B. Jordan. The former is also the scriptwriter. The story unfolds in Chicago around a guy named Moses Johnson. He is a dark-skinned high school student whose athletic prowess may promise him a good career in that direction, but as fate would have it, the hero finds himself at the center of a lawsuit. The series release date for 61st Street is April 10, 2022.

61st Street is a gripping and important legal drama, led by an all-star cast that follows a story of injustice in Chicago! Premiering tonight on AMC UK @ 9pm pic.twitter.com/E7R8ki2JvC


Moses Johnson is a dark-skinned high school student. He doesn’t excel too much in the sciences, but he makes up for it with athletic success. The boy can get an athletic grant to go to university and dreams that it will allow him to lift his family out of poverty, but living in a dysfunctional neighborhood, Moses is constantly in danger from the actions of local gangs and cops. One dysfunctional day, the guy finds himself in the middle of a police operation against criminals and is arrested on suspicion of being part of a gang. The story in the show 61st Street will tell the story of the hero’s attempts to prove his innocence. The release date is April 10, 2022.

The show is set in Chicago. This city is one of the most corrupt and intolerant in terms of how white cops treat black criminals. There are constant crimes on both sides against each other in the city, which is the cause of the scandals. The writer of the script said that he wanted to bring to light what is happening in the city and the racism that cannot be eradicated in Chicago. The 61st Street series will be released on April 10, 2022. There are eight episodes in the first season, and it is not known if there will be a sequel. 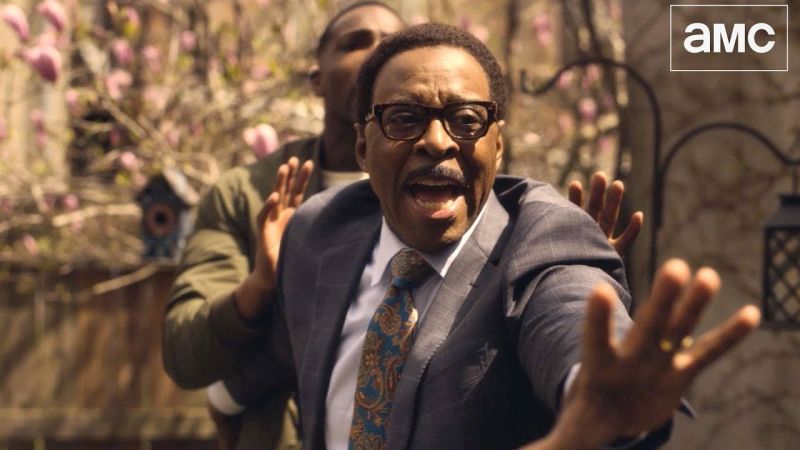 During a police operation, Moses finds himself at the center of events. He is not in a gang, because he has a good chance to arrange a career and become an athlete, but during the detention one of the police officers is killed, and the hero is taken into custody. For reasons unknown, the embittered police officers decide to make Moses the scapegoat, which results in lengthy court proceedings. All the attempts of the boy’s lawyer and the assurances of his teachers that the hero has always been positively characterized are countered by the judge and the prosecutors, as well as by the false testimony of the policemen. Whether the schoolboy manages to walk free will be shown in the show 61st Street. Its release date is April 10, 2022.


AMC
Rating
( No ratings yet )