Fans of the show about the confrontation between a successful businessman and a powerful prosecutor can rejoice, because the release date of season 6 of Billions is set for January 23, 2022. And earlier, Showtime announced that the unshown five episodes of the previous fifth season will also be released this year. The show launched in 2016 and immediately became one of the most-watched shows on the network. The project is about the confrontation between two powerful men, Bobby Axelrod and Chuck Rhoades. As the plot unfolds, the men will have to unite against a common enemy, only to clash with renewed vigor later.


Bobby is a successful businessman who made a huge fortune after the events of 2011. He is the head of a large hedge fund. It seems that the man’s activities are in plain sight and completely clean, but Chuck Rhoades, a prosecutor from New York learns that Bobby is actively trading insider information and decides to make a career out of his arrest. He starts digging into the big businessman, although he realizes that he can’t just nail him because the man who has billions in his account has serious patrons.

That’s what Showtime officials said when they announced the news about the renewal of the TV series Billions for a sixth season, with a release date of January 23, 2022. The exact schedule is at the end of this article.

Axelrod can’t eliminate the danger because he has Chuck’s wife on staff and she is a valued and respected employee of his. The hero looks for ways not to go to jail, but he can’t take tough action. In the last season 5 of the series Billions so far, the men had to unite, but their paths will diverge again. 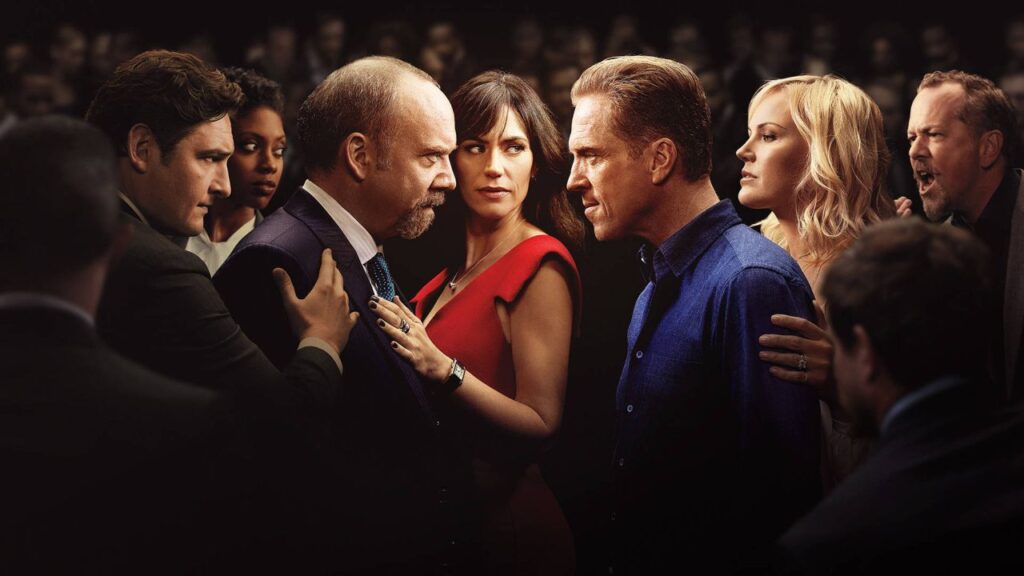 The sixth season of Billions on Showtime will begin in 2022 and viewers will see the main characters again find themselves on opposite sides of the barricades. At the end of the first season, Bobby tried to pay off the DA’s office, but was hurt by Chuck’s tone and turned down the deal, costing him his freedom. The billionaire ended up in jail but was able to get out of there, further confrontation led to the last season of Billions Chuck and Bobby teaming up against Waylon Jeffcoat, the attorney general who suspended Rhoads, and Taylor Mason, a former Axelrod employee who not only left the team but stole investors who brought billions of dollars a year to the company.

For those episodes shown in 2020, viewers saw that together the adversaries were able to solve the difficulties, but Chuck quietly starts a war against Axelrod again. The series Billions has high ratings from viewers and critics, which promises it a long future. Showtime has announced that Billions has received a Season 6 release date even before the previous season ended and viewers expect the Season 7 announcement to also happen before the release of future episodes.

The lead actors, Paul Giamatti, and Damian Lewis, have revealed that they are ready to star in the sequels, which means everything rests on financing and the script. The exact air date of Billions season 6 is unknown, but Showtime promises to air the remaining 5 episodes of season 5 in early 2021 and expect to air season 6 in 2022.


showtime
Rating
( No ratings yet )