In 2017, Spanish television launched The Paper House, which quickly became popular in its home country, leading to its purchase by Netflix. After starting in the online cinema, the show won the love of viewers around the world. In the summer of 2021, the authors presented the audience with the 5th season, which became the final for the show. It was divided into two parts, the second part started on December 3.

The fact that the creators of the show announced its closure and made a logical conclusion to the story in the final episodes does not prevent viewers from hoping for a sequel. If it is removed, then the release date of season 6 of the series Money heist will take place in 2023 or later, however, there is no need to cherish special hopes for this.

For the Resistance. The final season launches tomorrow. #MoneyHeist pic.twitter.com/BfL4yhVzN8

Money Heist / La casa de papel is a story about a group of thieves who decide to commit the largest theft in the history of banks. A criminal genius nicknamed The Professor gathers a group of talented people and offers them a way to steal a huge amount of money. The man says that the best way to do this is not to try to rob banks separately, but you just need to enter the mint and print the required amount, amounting to millions of euros. 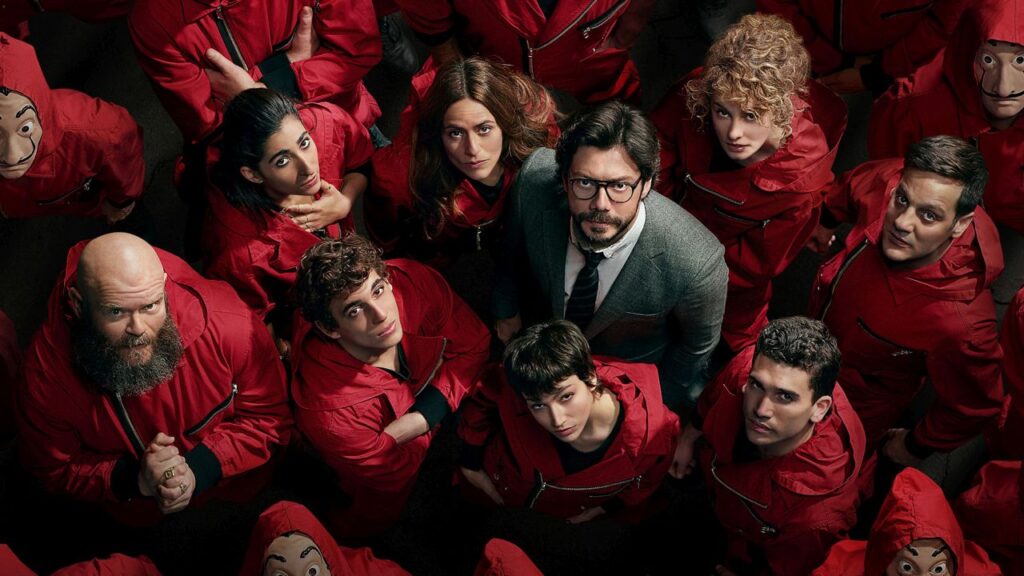 The professor finds a way to distract the police and prevents an assault from being carried out while his accomplices are printing money. How this story ends, viewers will see at the end of the fifth season, which started on December 3, 2021. No sequel to the show is scheduled, but a spin-off called Berlin will be released with a late 2023 release date.

As the main plot developed, the cast and characters changed, as not everyone managed to survive the armed robbery. The appearance of bright characters at the very end of the show gave the audience a reason to count on a sequel, which gave rise to rumors about the filming of new episodes. If the project is still decided to be extended, then the release date of the new series of the Money Heist / La casa de papel series, or rather Berlin, will take place in 2023.

The creators of the series have already announced two spin-offs. What the first will tell is unknown, and the second sequel with the technical name Berlin will focus on a character named Andres de Fonollos. In the story, he played the professor’s right hand and turned out to be his older brother. The man died in the finale of the first season, but the audience fell in love, which was the reason for the development of his own series for him. According to rumors, it will be released in 2023, which means that a potential sequel, if removed, then its release date will take place no earlier than 2023.