In 2013 a film by Korean director Pong Joon-ho was released. This is a picture in the genre of dystopia, which presents one of the possible options for the destruction of the population of the earth. The movie in spite of its small budget turned interesting and became a good representative of the genre. The critics also appreciated the performance of Chris Evans who played the main role and Tilda Swinton who played the antagonist of the story. Immediately after the release of the feature film, the rights were bought out by Tomorrow Studios, but work on the series did not begin until 2018 when TNT television channel expressed a desire to broadcast it. The show’s creator is John Friedman, and the cast includes such stars as Sean Bean and Jennifer Connelly.

The future is bright and hopeful. It just may be outside of #Snowpiercer. Season 3 premieres 1/24 on TNT. pic.twitter.com/QSJLOlIQte


The first season of Snowpiercer was released in 2020, but it was already known before the premiere that a second season would be released in 2021. It started on the screens in January and has received high praise from critics allowed the creators to announce a sequel. After a short break, the release date of the series Snowpiercer season 3 will be January 24, 2022. Snowpiercer is a story that demonstrates what the active use of resources by humans has led to. Due to a man-made disaster, the world is plunged into darkness and cold. The entire planet is covered in ice, but a small group of people has managed to survive. 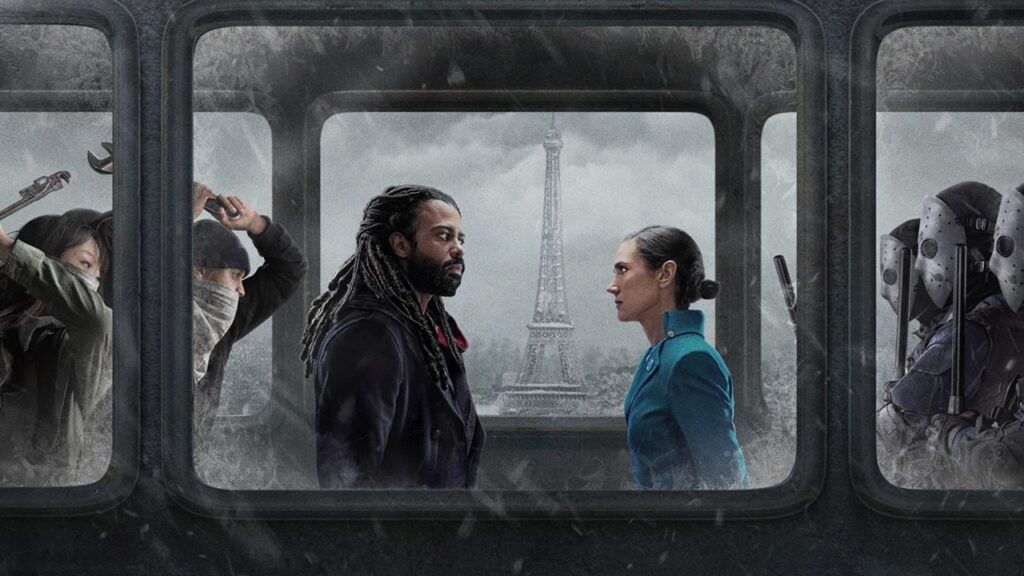 Mr. Wilford, a talented inventor, and wealthy man, predicted the disaster and managed to implement a large-scale project before it began. He built a huge railroad that encircled the entire earth and created a train of 1,001 cars, capable of moving without stopping and with everything needed to survive. In fact, it is a huge vehicle not needing any outside support. According to the plan, the elite of mankind was to take refuge on it, and a number of ordinary people were recruited as attendants. Shortly before the trip began, poor people who disagreed with such a class division broke through on the train. The train set off, but it was impossible to get rid of the extra mouths, which inevitably led to a crisis.

The first season of the show showed that overcrowding on the train caused a food crisis. While the poor are satisfied with leftovers from the rich man’s table, the rich people feast and do not deny themselves anything. At the same time, they ruthlessly exploit the poor class, and at the slightest disobedience, they cut their rations. This situation led to a conspiracy in the long-distance carriages, which were set aside to house the poor, which led to a revolution. By the end of the first season, power on the train had split and the people had to choose who was closer to them – Mr. Wilford or the more human, but less empowered Layton, who became the father of the rebellion.

The second season, after another 10-episode release date, revealed that the train where events take place is not the only one, and that Wilford has had time to back it up and create a better model. He claims that it will be able to accommodate more people and supply them with the necessary food, but the riot must be stopped, and Leighton should be turned over to the authorities. Many of the hero’s comrades have no doubt that this is a bluff and that the train owner, even taking them in, will not give people equal rights, but still doubts mature and many do not like their leader’s decisions.

As the story progresses, viewers also see the development of an important new character, Melanie. She was Wilford’s right hand and voice and all orders came through her, but when the mess began, the heroine was abandoned by her superiors. The woman no longer wants to serve the owner of the train, but the power of the poor does not suit her, and so this is an occasion to take control in their own hands. Who will win in this struggle for power will show future episodes of the series Snowpiercer after the release date of season 3.