In 2019, Tom Moran, who gave the world the Sherlock series with Benedict Cumberbatch, reported that he had finished writing the script for a new show in the horror genre. In 2021, it became known that Amazon was interested in the story. Its representatives confirmed the information about the start of filming. The project is managed by Tom Moran. Filming of the show took place in 2021 in London, then it became known that the performers of the roles were Jessica Raine and Peter Capaldi. The release date of the series Devil’s Hour is set for October 28, 2022.

Exciting! Here’s the first teaser for our new drama 'The Devil’s Hour' coming in 2022 on @primevideouk! 🎬 pic.twitter.com/mMfMAEyv3b

The upcoming series is a mystical story with horror elements. The center of the plot is a single mother named Lucy Chambers. She lives with her eight-year-old son and elderly mother. The son is an extremely unsociable and withdrawn boy, and the mother is constantly talking to people visible only to her.

Lucy is used to this state of affairs, but when she begins to wake up every night at 3:33 a.m., she thinks about what is happening to her family, realizing that it is not normal. Later, she begins to hear stories related to her home, which forces her to start looking into her own family’s past. What mysteries the heroine will discover will be revealed in the series The Devil’s Hour, whose release date will be October 28, 2022. 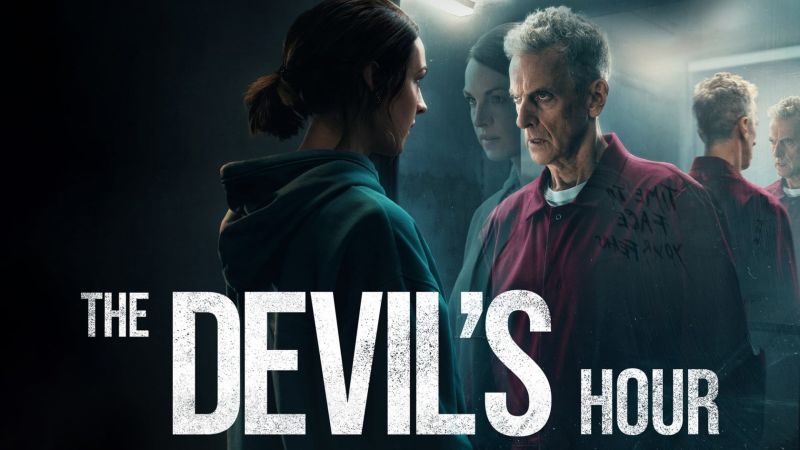 The dark past is not the only trouble in Lucy’s life. Suddenly she learns that she has been implicated in a series of brutal murders. The heroine begins her own investigation and meets Gideon, a violent maniac who believes he can travel through time. The girl teams up with Ravi Dillon, a detective busy investigating the murders in which the heroine is accused, in order to stop the criminal. Why Gideon is stalking Lucy and how he is connected to her family, viewers will be shown in the novelization of the Amazon service. The release date for the 8-episode series The Devil’s Hour is set for Oct. 28, 2022.

The Devil’s Hour is an original Amazon project that had a bit of a scandal before its release. It starred Peter Capaldi, of Doctor Who fame. Fans of the iconic sci-fi series saw a similarity between the main villain Gideon and the Doctor in the trailer, saying that the antagonist in the upcoming show is the same Doctor, served from the opposite side.

A number of fans claim that Tom Moran copied his villain from an existing character, but the director assured that his Gideon was invented from scratch and the resemblance to the Doctor is only visual, which is not surprising when you consider the same performer in both roles. Viewers will be able to see for themselves the uniqueness of the character upon the release of The Devil’s Hour. Its release date is scheduled for October 28, 2022.