Fantasy and science fiction are in great demand in our world after “Game of Thrones. The adaptation of Tolkien’s novels aroused great interest among fans of the original trilogy and all in anticipation of the events of episode 5 of the series The Lord of the Rings: The Rings of Power, the release date of whichset for September 23, 2022.

In the previous series, we saw the meeting of Adar with Arondir, who previously tried to escape from captivity. Adar kept him alive and sent a message to the humans that they could keep their lives if they gave up their lands. But Bronwyn and her men decide to fight rather than kneel before Adar. She leads the attack, convincing her men that they can survive the onslaught with Arondir at her side.

Recall that the orcs are holding several dozen elves captive and forcing them to dig a tunnel toward Hordon. Now that the orcs and Adar know where the hilt is, they will attack the humans sheltered in the old watchtower. I don’t know what power the hilt (the secret sword) will give them, but they’ve been looking for it all the previous episode. In the fifth episode, we’ll see the first confrontation between humans and elves against orcs. But I won’t reveal any details. The release date for episode 5 of The Lord of the Rings: The Rings of Power is set for September 23, 2022. The series will be available to Amazon prime subscribers. 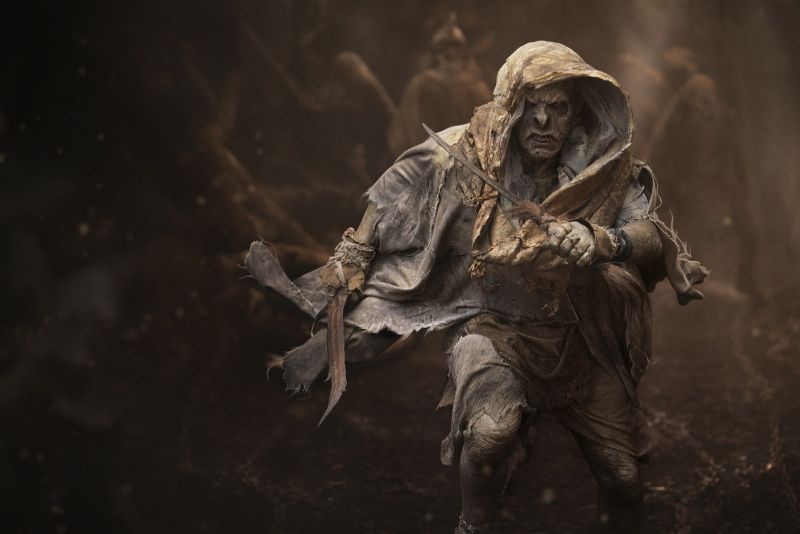 In the previous series, we saw Miriel show Galadriel a Palantir, in which the elves saw the fate of Numinor, namely its sinking. The ruler of the island hides the bitter truth from humans, so she agreed to Galadriel’s offer to fight the coming evil. The island is over either way and this way their deaths will not be in vain.

We also learned the secret of Durin, who Hid a new mineral from Elrond. It is lighter than silk and harder than iron. As a weapon, it would surpass the best blades. It could be the beginning of a new era for the Dwarven people, for the mineral could become more valuable than gold. But because of the collapse that nearly killed four dwarves, Durin’s father has shut down mining for new crystals. Will the dwarfs continue to mine the mineral and will Elrond keep his word, we shall know after the fifth episode of The Ring of Power, which is scheduled for the 23rd of September 2022.