Showtime has announced that the release date for the series The Man Who Fell to Earth will be April 24, 2022. The show is an adaptation of Walter Tevis’ popular science novel of the same name. It was previously the subject of a feature-length adaptation that became a cult film and the film debut of famed singer David Bowie. He won a prestigious award for it, and the film went down in history with numerous positive reviews. The new adaptation starred prominent actors including Chiwetel Ejiofor, Naomie Harris, and others. The project was directed by Alex Kurtzman, known for his work on sci-fi series from the Startrack universe.

The Man Who Fell To Earth lands on SHOWTIME April 24 and you can watch the first five minutes right now: https://t.co/0aSPeuOMej


At the center of the story is a girl named Justine Falls. She is a single mother and a scientist trying to save her home from creditors. The heroine is on the verge of bankruptcy, but her life changes when she sees a humanoid alien fall to earth. The girl makes contact with him and learns that he has been sent beyond Earth on a mission to save her home planet. An alien named Faraday needs to raise enough money to build a spaceship to deliver water on it to his home planet. How the hero approaches the mission, the novelty of Showtime will tell. The release date is April 24, 2022. 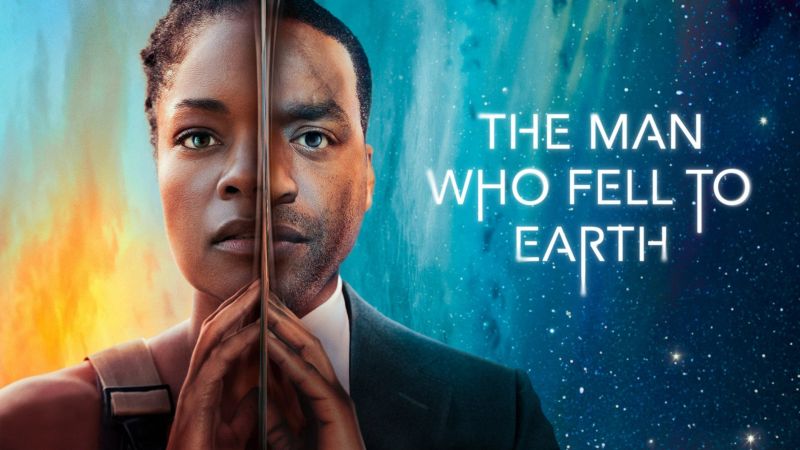 Faraday, once on Earth, is introduced to pop culture and comes to the decision to become a musician, which will allow him to earn the necessary amount of money in a short amount of time. Justine Falls, who knows his secret, agrees to help, but as events unfold, the plan gets out of hand. The characters have feelings, and Faraday begins to get caught up in his role as musician and messiah to fans, which does not help the task of saving his homeland. At the same time, he experiences health problems related to the local climate and the peculiarities of his body. Whether Faraday’s venture will end in success, viewers will find out from the ten-episode Showtime project. The Man Who Fell to Earth is set for an April 24, 2022 release date.

Kurtzman said that the idea to create the series came to him many years ago during the release of the first iPhone. It seemed like a revelation at the time, and Steve Jobs talking about the first touchscreen phone looked like an ethereal character who in some ways shaped the future of mobile technology. For many years the director could not take up the project but still managed to get the rights to the screen in 2017. Then CBS was interested in the series, but they did not meet the production deadline, which led to the transfer of the show to Showtime. It was filmed in 2021, with a release date of April 24, 2022.


showtime
Rating
( No ratings yet )