In 2017, Seth MacFarlane, with the support of the Fox network, presented a new comedy-fantasy series Orville, conceived as a parody of the legendary Star Trek franchise. The show was warmly received by critics and noted that although it is a comedy parody, it is a rather interesting and distinctive adventure series about space travel.

Exclusive Interview: "The Orville" actresses @jessicaszohr and @annewinters talk about the biggest changes to this season & the difficulties they faced amid COVID lockdowns 👀#TheOrville New Horizons Season 3 premieres on June 2 on @Hulu!https://t.co/6KcEEgw1Pr pic.twitter.com/DMO08C6gKi


In 2019, the project came out with a second season and was renewed for a third, but because of Covid-19, it never went into production. In 2021, it was revealed that Fox had given up on the series, prompting rumors of its eventual closure. But McFarlane said that the third season will still be released, and it will be shown by Hulu. The season 3 release date for the series Orville is set for June 2, 2022. According to some information, it will be the final season. 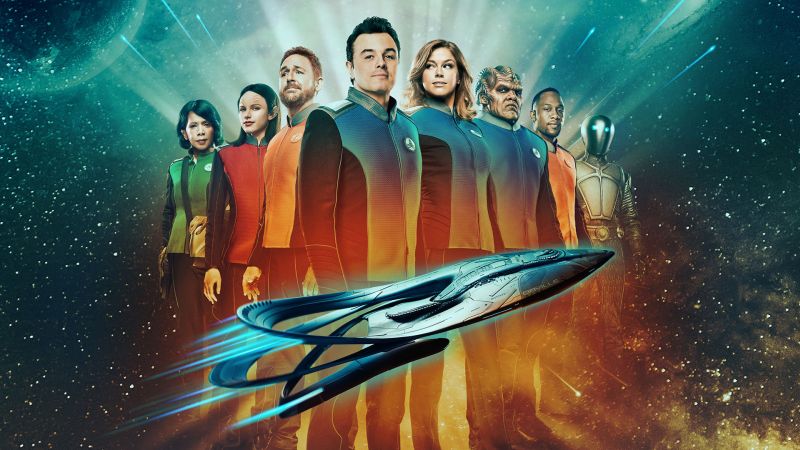 Seth MacFarlane is an actor and musician best known for the animated series Family Guy. In an interview, he said that he has always admired the Star Trek series, but dreamed of bringing a humorous component to it. That desire has translated into the development of Orville. In it, the main character named Ed Mercer returns home after another interstellar flight. He catches his wife in bed with an alien and gets into a fight. For this, Ed is suspended from flying and divorced. A year later, the guy is offered a probationary position as captain of a medium-sized ship called the Orville. It’s an old starship and no one is willing to pilot it, but the hero is happy to return to duty. The adventures of the ship and its crew will continue to be told in the third season, whose release date is June 2, 2022.

Upon arriving on the ship, the hero encounters a close-knit crew not too happy with the new captain. Ed decides this won’t stop him from proving his worth, but a new blow follows: the captain’s senior mate is his ex-wife. Now Mercer has to win the respect of the new crew and at the same time find common ground with his ex-wife, whose adultery has cost him his career. Season 3 of the series Orville will be released on June 2, 2022.

The trailer revealed that in the new episodes, the members of the Orville team will face a serious battle with the long-time enemies of the earthlings, the Krills, as well as the robots Kylons, who hate all life forms. Given that Orville was sent to explore the most remote corners of the universe, a sudden encounter with the enemies could prove to be a serious threat to the heroes. Whether they can survive and complete the mission will be revealed in the show’s third season, whose release date will be as early as June 2, 2022.