In 2021, HBO announced the development of a new mini-series called The Staircase, which tells the true story of a murder committed by a U.S. crime writer in 2001. The case became a sensational and controversial one that drew the attention of people from all over the world. During the proceedings, the story was marked by a television story, also in a memoir about it told by the defendant after his release from prison.

A look behind the scenes of The Staircase. From creator, showrunner, writer, and director Antonio Campos comes a story inspired by the Peterson family case. #TheStaircaseHBOMax premieres May 5 on HBO Max. pic.twitter.com/G5XZRkCsjJ


New from HBO is a new version of what happened from director Antonio Campos. He said he started in 2008 and went a long way before he found investors. Colin Firth was hired for the lead role, which was a complete fulfillment of the director’s dream. The Staircase series will be released on May 5, 2022. 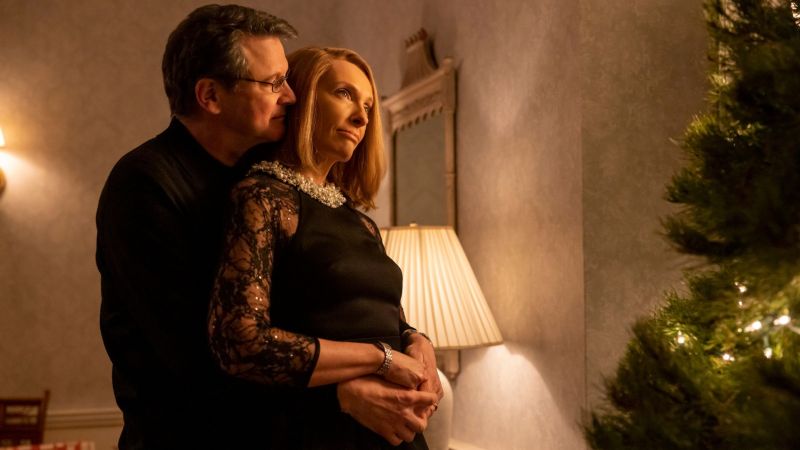 In the center of the plot is the American writer Michael Peterson. The man is known as a criminal detective, but he went down in history as the killer of his wife, the owner of a large corporation. She was found dead under the stairs of the family home, and a forensic pathologist examined the woman and found multiple injuries sustained during the beating. The defendant turned out to be Michael Peterson, who was found guilty and given a life sentence. The man refused to plead guilty throughout the case and, 16 years after his conviction, was able to walk free because new circumstances flared up.

The series The Staircase will tell more about this, its release date is May 5, 2022. During the investigation, the exact facts of Michael’s involvement in his wife’s death could not be established. On the side of the man were his adopted daughters, who claimed that the man had not beaten his wife or children, so they could not assume that he had committed a crime. This did not prevent the judge from finding the defendant based on the testimony of a certain witness.

Sixteen years later, he admitted that he had lied in court, which was the reason for Michael’s release from prison. The reasons why the witness undeservedly accused Peterson will also be revealed in an upcoming show. The Staircase release date is set for May 5, 2022.

The role of the writer was played by Colin Firth, although Harrison Ford was originally cast for it. The victim was played by Toni Collette, and one of the daughters was embodied on the screen by Game of Thrones star Sophie Turner. The series release date is May 5, 2022. It consists of eight episodes, the project is not expected to continue.