The official release date for The Walking Dead season 11 was August 22, 2021. The next 9 series will be released on February 20, 2022. Recall that in February 2021, filming began on the eleventh season of the series, which will consist of 16 episodes. The show will be divided into two parts of 8 episodes each. According to most, the picture is exhausted, and the declining ratings confirm this opinion. However, the creators believe that they still have something to tell the audience, and perhaps they will indeed still be able to surprise us.

The franchise is set in the zombie apocalypse genre. Some virus infects people, and after death they turn into zombies. We are not shown the beginning of the catastrophe: for him the creators have filmed a separate project. The plot of the main series begins when the main character of the first parts, deputy sheriff Rick Grimes, leaves the room and finds himself in an empty hospital. The hero leaves it, but the surrounding streets are also empty. The man rushes to the house to see if his family is all right.

However, there is no one at home either. The man who occupies the neighbor’s house says that most of the survivors have managed to evacuate. Thus, if Rick’s wife and son survived, look for them in Atlanta. The same man briefly tells the hero what has happened since he fell into a coma. But the policeman can already see for himself: while he was sick, the end of the world happened.

Rick goes to the police to get a car and a gun. He leaves town, going in search of his family. However, the tank soon runs out of fuel and he has to continue on horseback. Nevertheless, he makes it to Atlanta and finds his family in a refugee camp. But the adventures of the heroes do not end there. They have to learn to live in a new world, with different dangers and values.

In the new reality, money is not valued, it has become nothing. Weapons, food and medicine are more important now. But the most important thing, for which there is a struggle between the many factions into which humanity has broken up, is a safe haven that can withstand the onslaught of the roaming dead. In addition, it is not only zombies that pose a danger. Gangs of marauders are prowling around, more dangerous than the reanimated corpses. They retain their wits, but are completely devoid of pity. 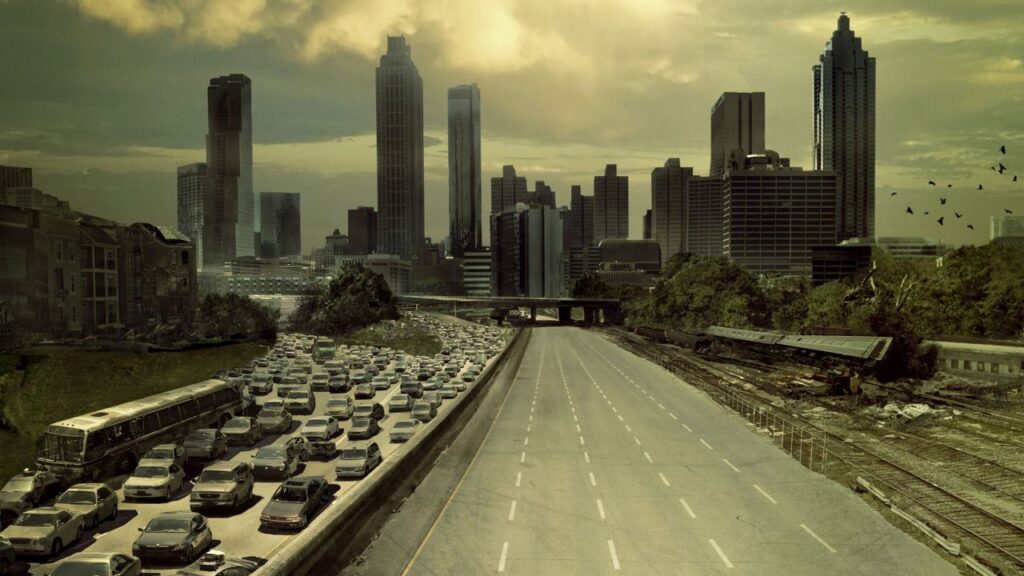 In the realities of the post-apocalypse, human characters reveal themselves in unexpected ways. A cornered weakling shows unexpected fortitude, and a timid, indecisive man suddenly becomes a brave man. But many of those who begin to show their darkest traits: selfishness, cowardice, callousness. Heroes have to decide who in this situation can be trusted, and from whom it is better to stay away. Fans who were worried whether The Walking Dead season 11 will be shown, can rejoice: it will not only take place, but also bring back some of the characters who previously left the project.