Ryan Reynolds is the star of Deadpool and a host of other comedies. Rob McElhenny became famous for his participation in the TV series It’s Always Sunny in Philadelphia. The actors are united by a long friendship, and in 2020 they jointly purchased the soccer team Wrexham. This unknown club was founded in 1864 and is one of the oldest in the world, but due to constant financial difficulties, it is in the National League of Great Britain.

An underdog story straight out of Hollywood. From @RMcElhenney and @VancityReynolds comes FX's Welcome to Wrexham, an original documentary series. Premieres August 24th on FX. Stream on @Hulu. #WrexhamFX pic.twitter.com/XLD3DhKPZo


This league is the lowest in importance and is considered to be played in it almost by backyard teams. The new owners in the form of famous actors decided to tell the world about the purchase and made a documentary. Welcome to Wrexham will be released on August 24, 2022 and will be shown on Hulu. 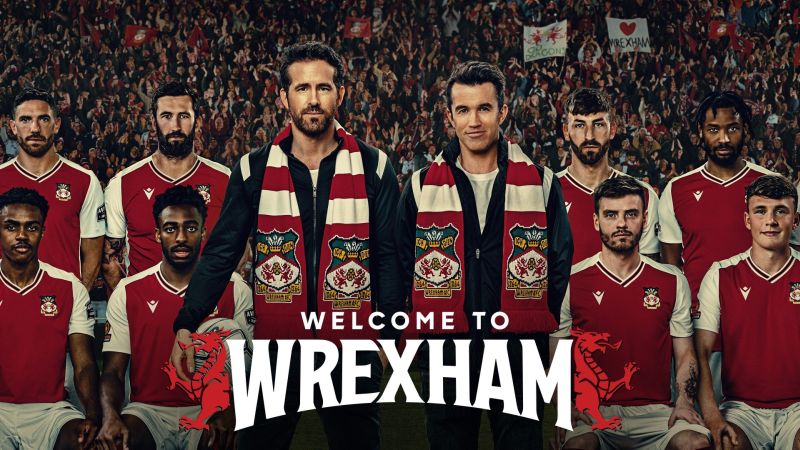 The authors of the show said that the idea to make a series about the club came to them immediately after its purchase. Going to Wrexham, where the team is based, the actors immediately penetrated into the local friendly atmosphere of a small Welsh town, which was the reason to show it to the world. Shooting the show was conducted in conjunction with the clean-up of the affairs of the club, so the picture viewers waiting for both the story of the town, and the team itself, its players, coaches, and the club as a whole. Details about the series are not disclosed, but according to the authors at the moment they have two seasons planned. The release date of the first one is August 24, 2022.

There is little information about the upcoming novelty, but the presented footage and clips from their social networks actors show that the show will be a kind of sliced video of life in the town, the club, the locals and the actors themselves. Filming is going on continuously, and therefore the final version of the editing is unknown, but the release date of the series Welcome to Rexham is officially set for August 24, 2022.

The actors share that the club they acquired is undeservedly forgotten and its story must be told to the world. That’s what the new documentary from Hulu, whose release date is set for August 24, 2022, will do. Viewers will be treated to five episodes in the first season, their timing is unknown. Critics joke that Reynolds and McElhenny’s documentary was inspired by the Ted Lasso series, where an uninformed American becomes the coach of an English Premier League team. Reynolds and McElhenny did the same, deciding not just to buy the club, becoming its owners, but to be personally involved in its life.

Little Demon – when is the release date?